Co-authoring a charter to reconstruct the built environment

New Design Congress a key contributor to new policy for reconstructing the future for people and planet.

Over the last two years, New Design Congress has focused relentlessly on the ecological accelerant potential of digital infrastructures. What alternative forks reveal themselves whe we re-think our relations to non-humans and the role of digital systems in the built environment? In March 2022, Bauhaus Earth invited New Design Congress founder Cade Diehm to join a select group of architects, policy-makers, climate scientists, activists and creative thinkers to propose tangible, local examples for reconstructing the built environment for sustainability.

On 9 June, 2022, Bauhaus Earth unveiled the Rome Charter, Toward Re-entanglement: A Charter for the City and the Earth, and presented it to EU President Dr. Ursula von der Leyen during the Reconstructing the Future conference at the Pontifical Academy of Sciences in Vatican City.

The Charter calls for a radical re-imagining of the ways we organize, construct, and inhabit our buildings and cities. It declares the need for a new, regenerative design approach that leverages the inevitable expansion of global urbanisation as a restorative force for the health of the biosphere and stability of the climate. It is a call to action, demanding the complete overhaul of the built environment, conceived and implemented within the limits of our planetary resources.

The Charter represents the first step in a larger set of initiatives to reconstruct the built environment using localised solutions for resilience, and de-centre human interest as the primary use of space. Our contribution draws from the core perspectives that have emerged from our research, and includes provocative new ways to think about digitisation and biopolitics.

At a time of severe global inequity and uncertainty, the New Design Congress has tirelessly challenged established perspectives on digital infrastructures and how societies view the world around them. Recognising the Charter as the first step in a larger movement, we believe that re-thinking the built environment, defining housing as a human right, democratising and localising digital infrastructure in the built environment, and negotiating with our non-human co-inhabitants are fundamentally required for a liveable and equitable future for all.

Read the Charter
Read about our involvement
Have something to add?
Discuss this Policy with the NDC Community in our Discord. 
Expectations as Reality: on the collapse of the Western art and design school 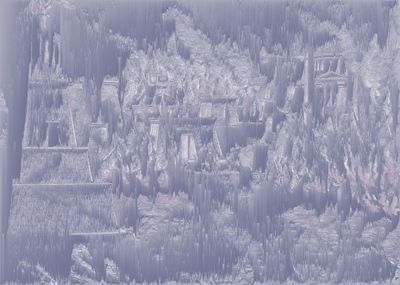 Memory in Uncertainty: Web Preservation in the Polycrisis August, 2020
You’re now a NDC Member
Welcome back! You’ve successfully signed in.
Thanks for joining as an NDC Member, you're all set!
Your link has expired
Success! Check your email for your sign-in link.