The blind optimism and political naivete of technocratic tenets have shaped a confused understanding of the world, built on brittleness and exploitation.

A deeply held contemporary belief is that our digital-first world is of pure intellect, a dematerialised era in the process of abstracting itself away from harsh conditions, physical toil and material requirements. The blind optimism and political naivete of such technocratic tenets were already downright ridiculous 70 years ago, justifying as they did colonial management, extractive logic and imperial logistics.

Nowadays, they paint a fantasist picture where sensing technologies in no way impact the environment they capture, but have been so thoroughly perfected that they articulate “distinct capacities for feeling the real” itself.[1] With the hard pressures exerted by the COVID crisis on the logistical chains, a host of rolling shocks have slowed down or outright stopped digital-tinged endeavours, due to the drying up of cheap accessible hardware and the dearth of modern slaves to produce them. This should have closed the debate and cast the last projects of planetary-scale computing into the bin of history. The so-called ‘dematerialised’ economy was from the get go fashioned by the plunder, contamination and genocide of the colonial peripheries, and can only operate on this basis.

The neo-colonial centres aren't left untouched. Tech giants and the video-game-cum-Metaverse industry have unleashed the full spectrum of class warfare on a hitherto (relatively) spared workforce: cynical union-busting efforts, clownish disinformation campaigns, regressive hiring of Pinkertons straight from the 19th century playbook, rampant sexual abuse from top executives and managers, endemic employee burnout, wages too low for even the neo-company-towns: all these constitute another aspect of the material conditions permeating the so-called digital economy. Accompanying these failed promises and new threats is the fragility of digital infrastructure, wrapped in untested wisdom. Data and fulfilment centres – facilities vulnerable to climate change and geopolitics – are central spaces of extreme temperatures, where workers can suffer injuries inflicted by hardware made of sharp metal and plastic, experience reduced eyesight and sleep disorders due to monitor gazing, as well as other associated health issues. And that is to say nothing of the surveillance programs and other dragnet these centres feed, particularly targeting racialised refugees, migrants and the surplus labour force, acting upon the digital deglutition of race science. “Facial recognition techniques […], drones, cameras, geolocalisation, database filing, and phone tapping are fueling an already highly lucrative market” as activist and public educator Françoise Vergès reminds us.[2]

Beyond addressing the root causes of this planetary-scale abuse, Dwayne Monroe’s essay Seeding the Cloud retells his experience as a systems engineer during the period when cloud computing was pushed by the workers themselves, often against the private bureaucratic hierarchy. The history of the employee-led, pro-cloud efforts stands as a revealing narrative that contradicts the myth of progress unleashed from on high by the executive class’ genius. Monroe furthermore highlights the complex relations we entwine with technology. These relations are starkly apparent throughout history, such as the case of the French weavers benefiting from the early development of capitalism, which would soon birth new tools for their control and alienation in the shape of the Jacquard loom.[3]

But Monroe’s recollection of this pro-cloud movement also reveals how desire is materially shaped and embodied: a desire to improve one’s working conditions, to reduce the time spent in the office, all the while spurred by a certain Futurist beauty of technical systems. Yet under capitalism such desire often becomes a monkey’s paw: "What I didn’t realize at the time was that alongside this new capability came the accumulation of a new form of techno-political power." This newly formed techno-political Power subsumes the sovereign power of the workers, regurgitates it, and remaps the contours of our existence. Time saved becomes time spent working elsewhere. Agency and autonomy carved at the workplace against the executives turn into performance KPIs. Quantification methods, ad hoc discursive regimes, obfuscate the “hard physicality” of the hegemonic mode of production: “the extraction of minerals, the forging of metals, and shaping of hydrocarbons into plastics,” the controls of bodies, the intensity and direction of desire. Or, rather than obfuscate, they in-form these realities. Information thus pre-emptively takes over and imbues matter with a definite, hegemonic intelligibility and meaning. The informational process becomes the prime mover of everyday activity, of industry, embodying promises of future valorisations.

Yet, as political scientist, sociologist and environmental studies researcher Veit Brown has argued, “it is still important to look at the material dimension of goods” in our current era of “apparatus of patents, snitch lines, technology use agreements” and “extensive socio-technical surveillance infrastructure.”[4] In-formed promises of future valorisations certainly do not negate capitalism’s material basis, on the contrary. If the naive credence in a dematerialised world is clueless at best and criminal at worst, it nevertheless shines a light on what incumbent powers wish to desperately escape from. The terms of the political struggle equation have simply shifted: as philosopher Gilles Deleuze warned, it’s up to us to discover what we’re being made to serve, just as the struggles of the past did. “There is no need to fear or hope, but only to look for new weapons.”[5]

Have something to add?
Discuss this Research Note with the NDC Community in our Discord. 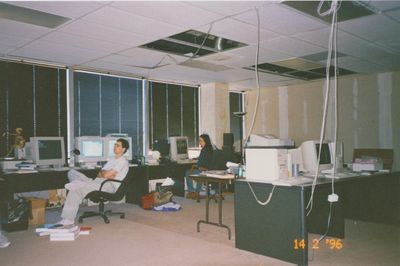 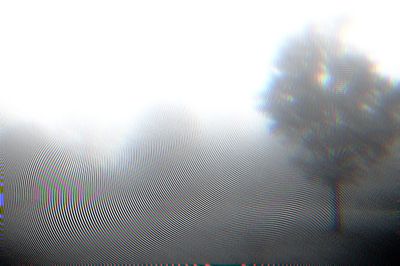 August, 2022
You’re now a NDC Member
Welcome back! You’ve successfully signed in.
Thanks for joining as an NDC Member, you're all set!
Your link has expired
Success! Check your email for your sign-in link.